Have you ever met anyone that seems to have a following? Do people swoon over them? Do others always hang on every word? Do they get what they want ALL the time? Can you just not say no to them? Regardless of how strong your defenses are, you’ve probably, at one point in your life, fallen for the Pied Piper. I certainly have! Actually, he still has that effect on me … although I’m stronger than I used to be about it.  I work with one too, he definitely always makes you feel so smart and special and he’s oh so modest although he’s practically perfect and everyone wants to be his friend and be close to him.  Sigh.

Who’s the Pied Piper? Well, if you remember your fairy tales, the Pied Piper was a piper who lured away rats from a town with his mesmerizing music and then in retribution for the town not paying him for his services he lured away their children as well.  One of my readers is dating the Pied Piper.  He seems to entice others to follow him, especially women, and she’s tired of it.  What would you do? 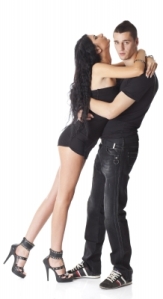 I have been dating this guy for about 6 months.  What attracted me to him was his charisma and his good looks, not to mention he always makes me feel special.  Lately I’ve been going out with him more and I’ve noticed that he’s a woman magnet.  I know he’s an attractive guy but the interest is more than average.  The thing is he’s not doing anything explicitly but something about him just makes them just want to be around him. Frankly, it makes me very uncomfortable.  Should I be worried?

Thank you for your question. I can understand why you’re bothered, it’s not easy to see your partner be the object of affection for others.  Some people just have that effect on others, I don’t know what it is, but they’re mesmerizing.  You just want to be close to them and hang on every word they say.  They just have that charisma.  Many successful business people and leaders have these qualities, especially if they deal with the public.  It’s just part of who they are, most of the time it just comes naturally to them.  Where it’s a problem is when they use it to manipulate and take advantage of other people.  Many Pied Piper types do just that, they can talk you into (and out of) anything.

What attracted you to this man, as you mentioned, was his “charisma and good looks”, you also mentioned that he makes you “feel special”. Sounds like you were taken in by the Pied Piper as well.  Don’t get me wrong, there’s absolutely nothing wrong with that.  Where I see a problem here is that you somehow feel insecure about your relationship and you’re questioning his commitment. Now, if he’s given you no reason to believe he’s taking any of his entourage home at night, then give him the benefit of the doubt until you know for sure.  But, since he’s taking you out with him, then he isn’t hiding any of these actions from you.  I want to deal with your feelings of insecurity, however. 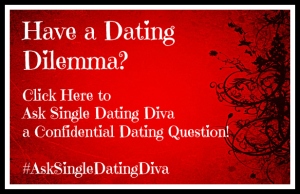 What you need to do is speak to him about how you feel, don’t be accusatory, but just tell him that when you see all those women around him it makes you uncomfortable. You just need to be honest. Feeling insecure in a relationship is a sign that you’re lacking stability.  When you’re confident and secure then things like this rarely will bother you.  So perhaps, discuss that as well with him.  Ask him where you stand and defining your relationship is necessary at this point.  Something else you can do that might make you feel better when you’re out with him is stand close to him and squeeze his hand or give affection when you need a boost. That will send a clear signal to everyone around and will make you feel better. Now, something else it will do is show you his reaction. If he shifts his attention to you then you know his priorities, if he doesn’t then perhaps you need to re-assess if this is the relationship you want to be in.

Just keep in mind that you should never be in a relationship that keeps you wondering and feeling insecure, regardless of your partner’s intentions.  So you need to decide for yourself if this is what you want, because honestly, he’s not going to change who he is and you shouldn’t expect it either.  Like I said earlier talk to him and see where you stand and if that doesn’t make you feel better then make a decision.

Readers have you ever dated the Pied Piper? I would love to hear about it in the comments! 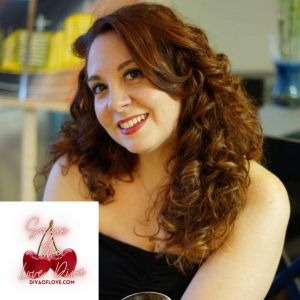